Every month the trainers at UR take it in turns to write a blog.  For inspiration I turned to the internet and started searching for important days in July.  Other than my birthday (LOL) I came across National Simplicity Day which falls on the 12th July.

National Simplicity Day is a holiday in honour of Henry David Thoreau who was born on this day in 1817. He was known for many things, one being an advocate for living a life of simplicity and the need for wildness as a tonic for the spirit.  I would think that living in the 1800’s would be simple but in 1845 Thoreau spent 2 years, 2 months and 2 days in a wooden cabin in a forest on the shores of Walden Pond near Concord, Massachusetts.  He saw the experience as an experiment in simple living and kept a daily journal which was later published.

It got me thinking about our lives today, in 2019 and how many of us are not living a simple life. END_OF_DOCUMENT_TOKEN_TO_BE_REPLACED

This blog has been written by Aimee Kingsbury, friend and member of Unique Results.

We know that physical exercise can be used to really improve the body’s physical health, but did you know that the impact on mental health could be just as great?

1 in 4 people will suffer a mental health problem at some point in their life. This means that even if it isn’t you, it’s highly likely that you’ll know someone who is. It’s important that people seek the help that they need through professionals such as doctors or therapists – but exercise is something else that you can do to help ease the symptoms for yourself, or for someone else. END_OF_DOCUMENT_TOKEN_TO_BE_REPLACED

My blog is about MINDSET and ties in nicely with our January and February blogs on Goal Setting and Motivation.

So what is MINDSET?

The dictionary definition is – the established set of attitudes held by someone.

There are two main types of mindset – FIXED and GROWTH

Most people have a FIXED mindset and these people believe they are or aren’t good at something, based on their inherent nature, because it’s just who you are.

However, those people in a GROWTH mindset believe anyone can be good at anything, because your abilities are entirely due to your actions. END_OF_DOCUMENT_TOKEN_TO_BE_REPLACED

Following on from last weeks post (which has become our most shared and liked Blog of 2016) I am going to finish with the final 3 lessons I will be bringing back from Mauritius with me.

As said previously, things are obviously very different when we return to our ‘normal’ routine but I am going to endeavour to keep up these routines and patterns of behaviour when back at work because I see (and have felt) the huge value in them. As with the previous blog, if any of these points will help you please give them a go or share with friends/family that they may help. Nothing amazing, nothing new, nothing revolutionary just good old fashioned common sense which sometimes slips by the wayside.

The most common excuse used by people for not exercising or looking after themselves is and always has been a perceived lack of time.

In Stephen Covey’s fantastic book ‘The 7 Habits of Highly Effective People’ he discusses what he calls the time management quadrant. This is where he divides up task into 4 different categories relating to levels of importance and urgency. Quadrant 2 relates to tasks that are important but NOT urgent. These are things that can and are often neglected or put off in place of more pressing or urgent tasks. END_OF_DOCUMENT_TOKEN_TO_BE_REPLACED 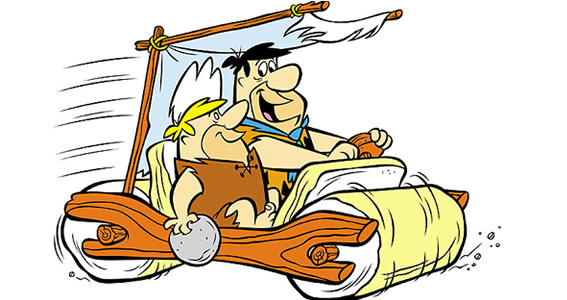 Today I am going share with you a conversation I had over the last week with a new member at Unique Results. I think its essence is incredibly important for pretty much all of our members and anyone who happens to be a human being (I am assuming that includes you if you are reading this?)

It is even more important if you’re a human being who is currently exercising regularly or maybe contemplating or planning getting started soon.

Many people walk into gyms, health clubs, bootcamps or sports clubs every single week with the intention or goal of ‘getting fit’ most likely they expect that the act of ‘getting fit’ will also help them ‘lose weight’ ‘tone up’ ‘become more attractive to the opposite sex’ or ‘increase their confidence at an upcoming wedding or holiday’. END_OF_DOCUMENT_TOKEN_TO_BE_REPLACED

I want to share something with you today, that I would in turn like you to share with your friends and family and those you care for, that may act as anything from a gentle reminder to a violent kick in the backside!

I can tell you what I have seen each of the 15 years I have been involved in the health and fitness industry around this time of year.

Many people seem to start winding down both mentally and physically from mid November onwards! It seems to get earlier every year! (it used to be nearer mid-December) as soon as the clocks change there seems to be a mass consensus of ‘It’s not worth setting any goals now / taking up exercise / trying to improve myself / focussing on my diet’ etc ‘I might as well wait till January’ or ‘Lets get Christmas out of the way first!’

There are 2 months left of the year! Giving yourself permission to go into a free-fall of gluttony, drinking, laziness and general sloth like behaviour is not going to help you one bit and if anything will make a concerted push at the start of January even harder to muster!

This next Monday is 12th November. That means that from Monday there are exactly 6 (7 day) weeks culminating in Sunday 23rd December. What are you going to do with those 6 weeks? Nothing? Let them tick away? Wait for Christmas? or DECIDE that the last 6 weeks before Christmas can in fact become the most focussed, productive, transformative and generally AWESOME 6 weeks of your year!

Everyone who has ever worked in a gym or fitness centre (or trained or even peered through the window) will know that this is how the pattern goes….November tails off, December is dead and January is heaving! WHY!!!!!!???

I have no commercial gain to make from this blog (as the vast majority of our cients pay monthly so we make the same money whether they are here or not – the difference between me and Virgin, Nuffield, Fitness First, David Llyod is I personally WANT you here!) I want you here for you not for me!

On Monday I am going to film and post on our YouTube channel a very honest short video. I will show you exactly where I am at (which is not in the best physical shape since I stopped boxing pretty much at the start of the year following a broken wrist) I will weigh in live on the video, measure my waist (and some other appropriate tests) and COMMIT to some challenging goals to be reached by 23rd December!

I’m just like you. I let myself slip from time to time, I go through periods of low motivation, I sometimes feel like I can’t be bothered. WE ALL DO! Anyone who says otherwise is a LIAR!

By Christmas I will be fitter, leaner, stronger, healthier & happier with my physicality than I have in the last 12 months. That is my commitment.

I would love for you to join me in a commitment that is appropriate and impassioned for you! Lets make the next 6 weeks immense and inspiring for those around us and the total opposite of hibernate, binge, get fat & feel lousy WAITING for January and the big change which wont come anyway!

Please share this blog on facebook, Retweet it on twitter and direct people towards it over the next few days. I will see you on YouTube Monday and hopefully at Unique Results making the run into Christmas a POWERFUL one!